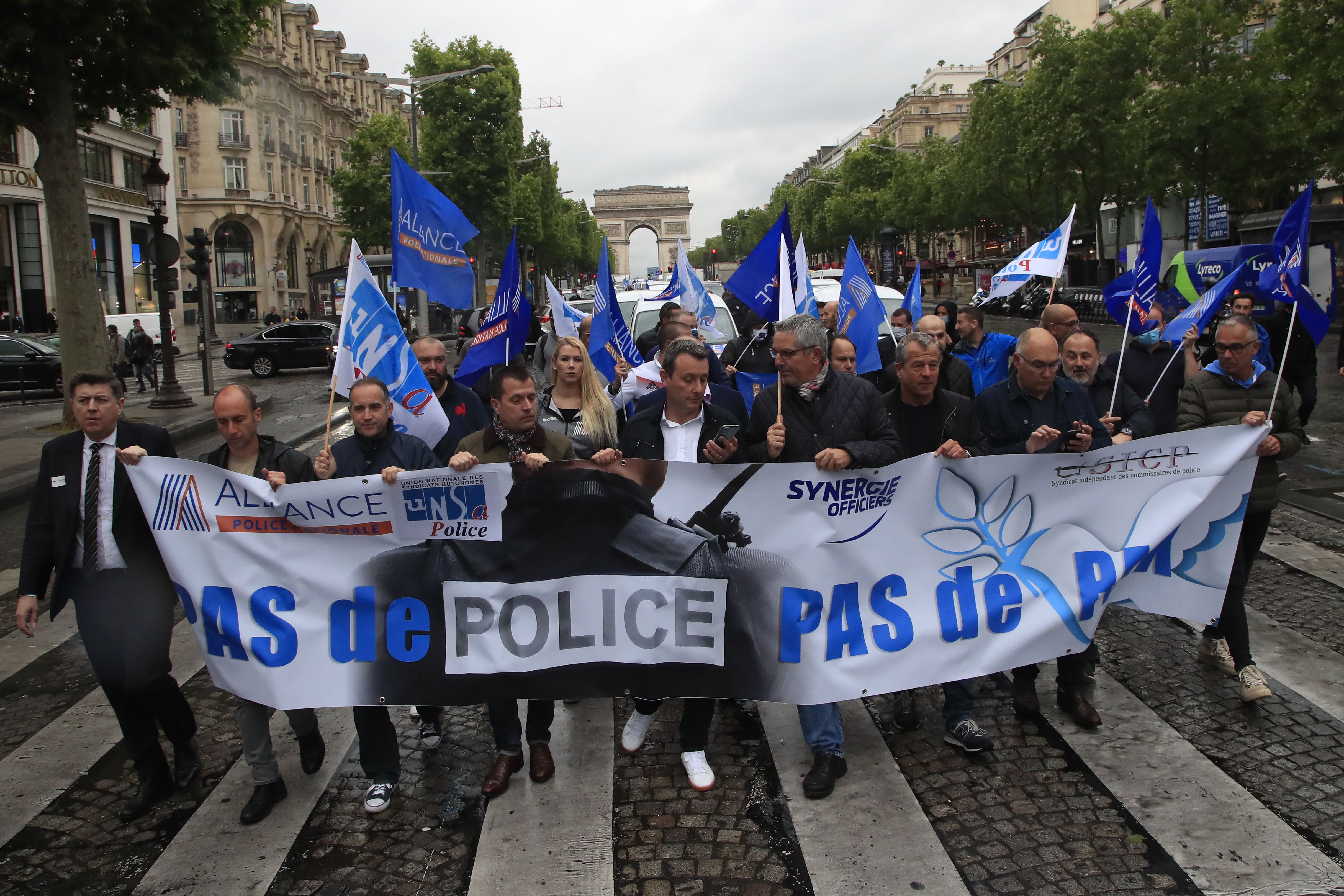 TOP OF THE HOUR:

— Dallas officials agree to 90-day ban on use of tear gas against demonstrators.

LONDON — British police have imposed strict restrictions on groups planning to protest in London Saturday in a bid to avoid violent clashes.

Protesters from the Black Lives Matter movement, as well as far-right groups, have said they plan to gather for demonstrations in central London.

Mayor Sadiq Khan warned that statues in the capital — in particular a statue of Winston Churchill in Parliament Square — could become flash points for violence. He said officials have intelligence that extreme far-right activists want to gather in London “ostensibly, they say, to protect the statues.”

Commander Bas Javid urged people not to gather in large groups at all because of the coronavirus. But if they must, he said activists have to stick to the planned route and be off the streets by 5 p.m.

He said that while protesters last weekend were largely peaceful, a minority was “intent on disorder” that resulted in assaults on police and violent behavior.

Dozens were arrested last weekend and a police horse was pictured bolting past the crowds amid the chaos.

The eight officers and two sergeants resigned from the team, but did not resign from the Hallandale Beach Police Department.

The officers said they were “minimally equipped” and had been “disrespected” by city officials who refused to address equipment and training concerns.

“The risk of carrying out our duties in this capacity is no longer acceptable to us and our families,” the officers wrote in the memo, dated June 9. “The anguish and stress of knowing that what we may be lawfully called upon to do in today’s political climate combined with the team’s current situation and several recent local events, leave us in a position that is untenable.”

The officers also said they were outraged that command staff had recently joined protesters and other officials in taking a knee as demonstrators called for the case of Howard Bowe to be reopened.

“This lack of support by members of the Command Staff is crippling to the agency and its rank and file,” the memo said.

Bowe, a 34-year-old black man, was killed in 2014 by Hallandale Beach’s SWAT team as it carried out a search warrant and raided his home. The officers wrote that investigators never found that any misconduct had been committed by the officers involved in Bowe’s death. The case later resulted in a $425,000 settlement between Bowe’s family and the city.

DALLAS — Dallas officials have agreed to a 90-day ban on the use of tear gas and other less-lethal police crowd-control weapons against demonstrators.

U.S. District Judge Sam Lindsay approved late Thursday a consent decree in which Dallas police agree not to use against peaceful demonstrators smoke bombs, flashbangs, pepperballs, Mace or other chemical agents. They also agree to not fire such impact projectiles as rubber bullets, bean bags or sponges.

The preliminary injunction will remain in effect until Sept. 9 unless extended, amended or dissolved by the judge.

The demonstrations are a reaction to the killing of George Floyd by a Minnesota police officer.

The 14-day edict is a victory for groups who say authorities overreacted to demonstrations in the city after the death of George Floyd. A Black Lives Matter group sued the Seattle Police Department this week to halt the violent tactics police have used to break up largely peaceful protests in recent days.

Officers used tear gas, pepper spray and other less-lethal weapons against crowds that have demonstrated against racism and police brutality following the killing of Floyd in Minneapolis.

Seattle Mayor Jenny Durkan and Police Chief Carmen Best apologized to peaceful protesters who were subjected to chemical weapons. However, Best has said some demonstrators had violently targeted police, throwing projectiles and ignoring orders to disperse.

Copyright 2020 The Associated Press. All rights reserved. This material may not be published, broadcast, rewritten or redistributed without permission.

Get the best viral stories straight into your inbox!

What do you think?

Browse and manage your votes from your Member Profile Page